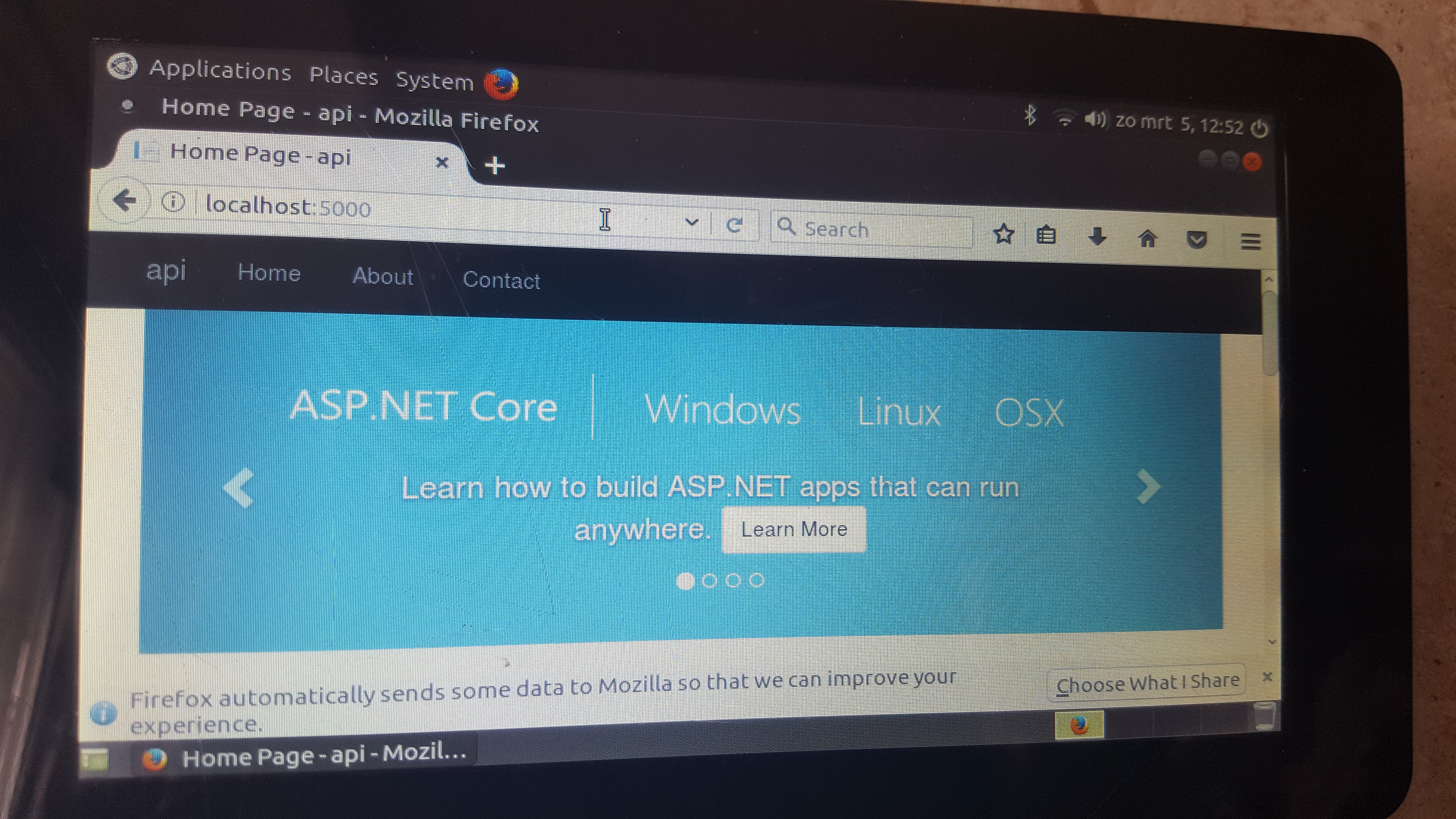 At the end of 2015 I’ve tried to install ASP.NET vNext (later renamed to core) on a Raspberry Pi, but recently .NET Core 2.0.0-beta version came out and some people already had a play with this on an ARM32 environment. Arranging myself a Raspberry Pi 3 and trying this out was next!

Via https://github.com/dotnet/core/blob/master/samples/RaspberryPiInstructions.md I found easy instructions to accomplish this.

1. Install the prereq packages via:

Create a project on the Windows environment

The guide mentions that an .exe should be build, but although my configuration states the OutputType as Exe, I still get a .dll file. Also in the publish directory no .exe file is to be found. 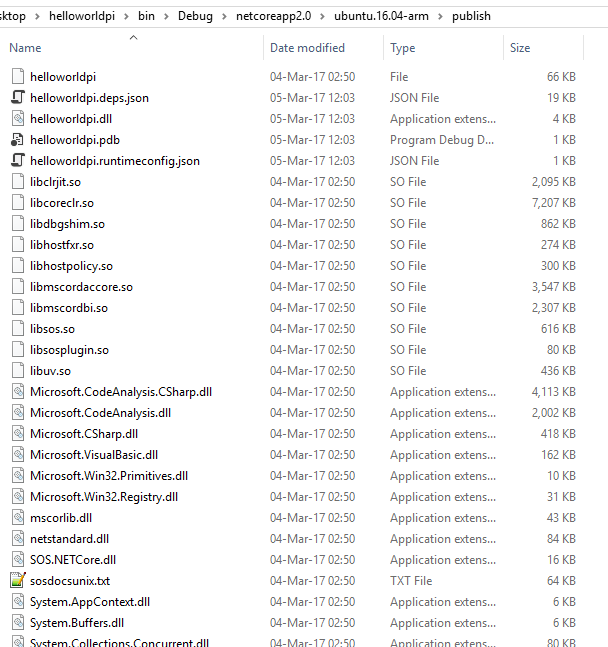 Running the application on the Raspberry Pi 3

Next try is to get a MVC application running on the Raspberry Pi 3 using the 2.0.o-beta version of .NET. It turned out to be as easy as the console application.

The test project, with published release files, can be found on my github: https://github.com/timdows/webpages/tree/master/DemoNETCore2.0.0-betaRaspberryPi

I found out that some others had issues with running a WebAPI project: https://github.com/challe/dotnet-core-raspberry-pi/wiki/Setting-up-a-Web-API-on-a-Raspberry-Pi-3-(Ubuntu-16.04)-using-.NET-Core-2.x, that I found via https://github.com/stevedesmond-ca/dotnet-arm/issues/3.

Okay, lets try if this is still the case or I can just get it to work.

The next couple of months I’ll closely look at the status of other packages, but for now the fact that you can leave out Mono AND use an ARM32 environment looks promising more than ever!