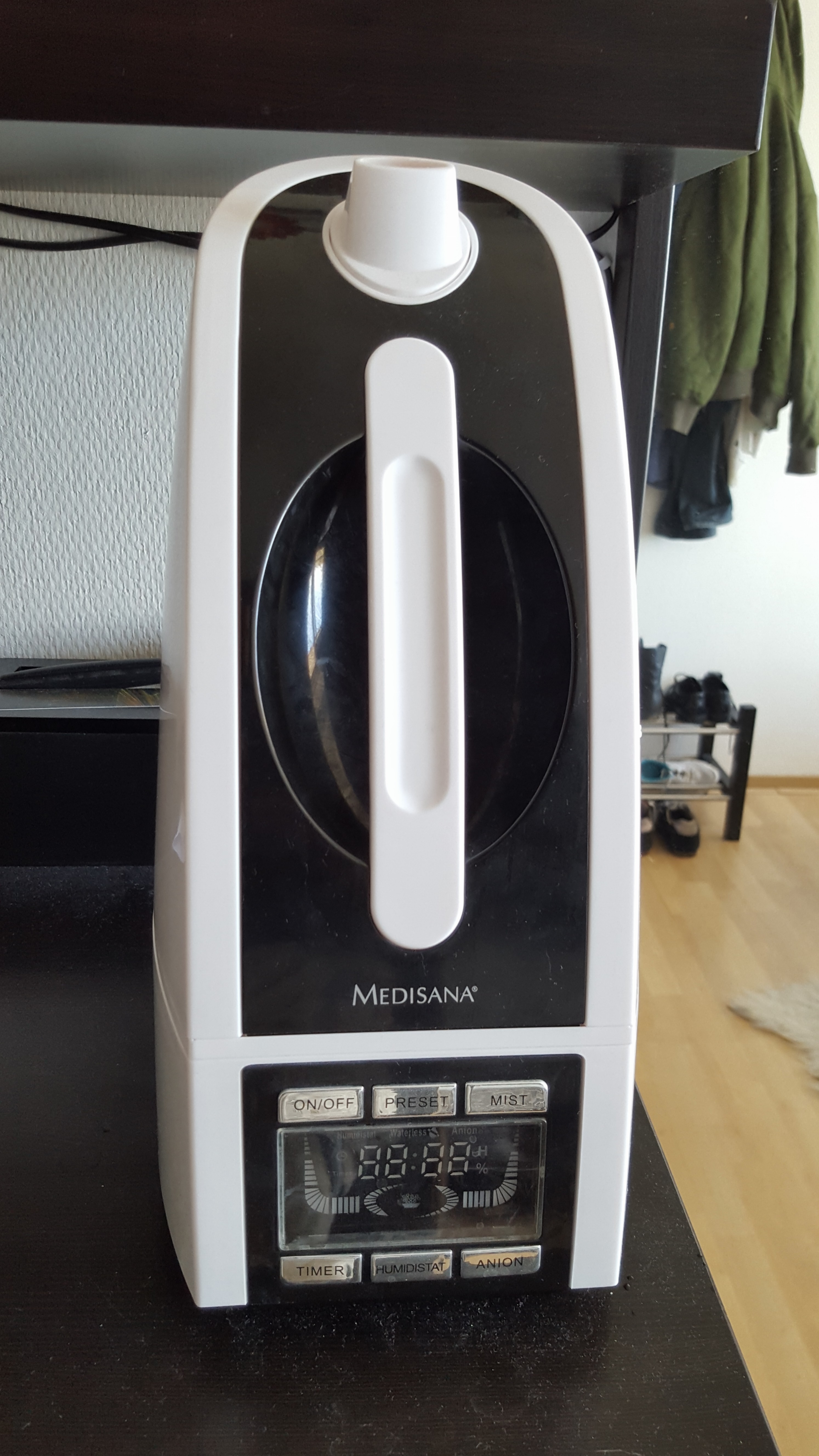 When we first used this device, a Medisana Humidifier AH 665, around the house, you could notice the increased level of humidity. I guess it was really needed as I did not really measure the humidity before that good.
After using this humidifier for a couple of days, it woke us up in the middle of the night by beeping the shit out of us. The water level was low, are you kidding me? Turn of automatically and let me sleep.

Okay, this needed to be handled with, this project was setup to remove the complete interface (lights, buttons, etc.) and replace it with an arduino hooked up to the MySensor network. All the code can be found on my github: https://github.com/timdows/AMD/tree/master/AirHumidifier

AirHumidifier.ino sets up the MySensor, DHTClass, Debounce and Switch objects.
At the setup some objects’ Init methods are called, the rest uses constructors to handle the initialization steps needed.

The Switch class handles the different NPN transistors around the board. It just holds it current value and handles switching it on or off. Every change is send to the gateway.

The DHTClass class reads the current values of its DHT11 sensor, this value is then send back via the gateway.

The Debounce class wraps around the existing Bounce2. It is used to check if the waterlevel is low via the floatswitch.