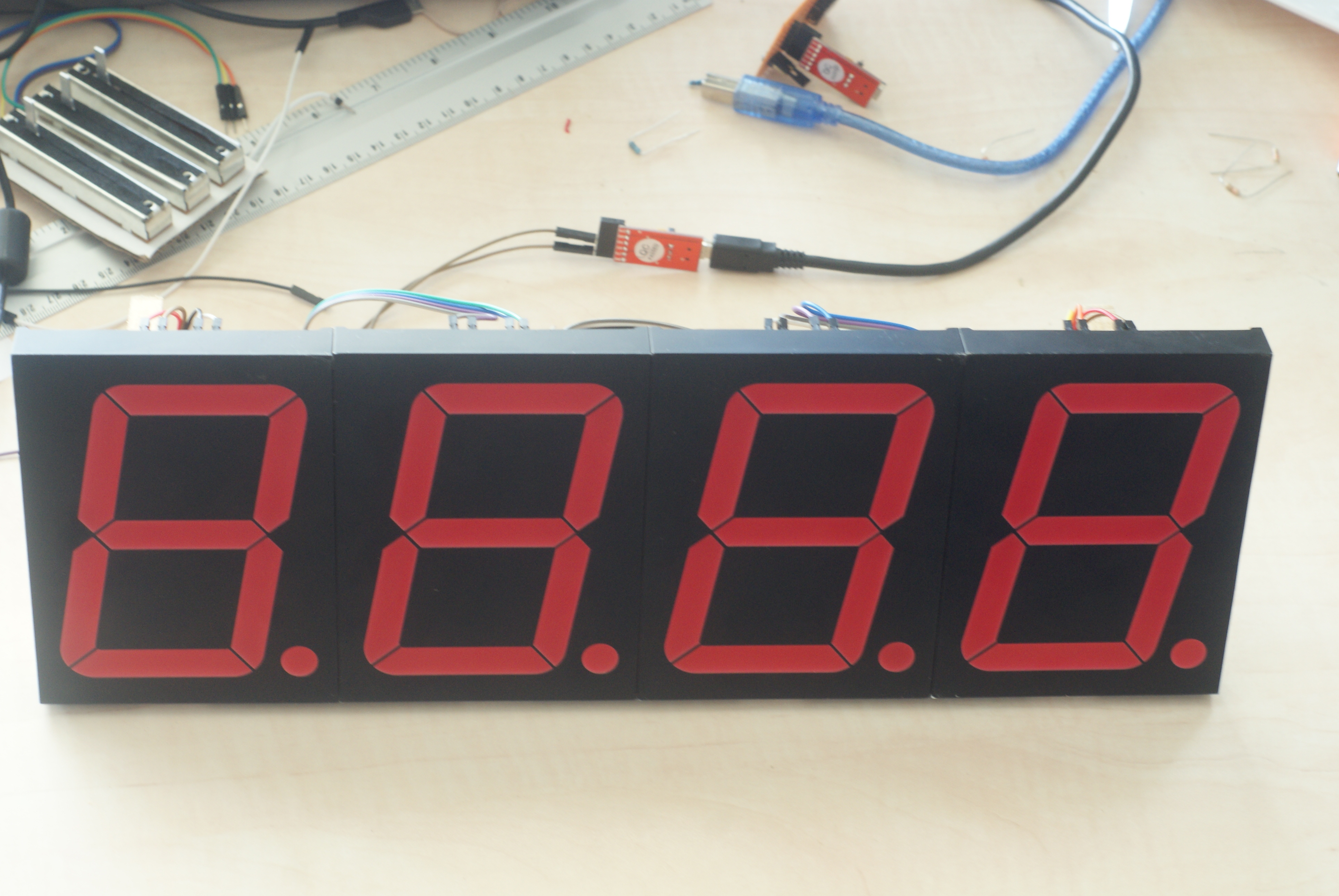 Every 10 seconds my smart home power meter sends out data, this can be captured by a simple serial connection.
This project aims to get the latest data from my Vera3 via wifi.

I have used TPIC6C595 as they are able to drain 12volts (Thanks to http://forum.arduino.cc/index.php?topic=264333)
The complete board was broken into two parts as you can see on the next pictures of the end result
Every resistor next to the TPIC6C595 is 680 ohm.

All the code can be found on my github: https://github.com/timdows/AMD/tree/master/SevenSegementDisplay

The lua script makes sure that it is connected to my wifi access-point at home.
The getData function makes sure that the json object is printed back to serial upon request.

The arduino code makes sure that every 10 seconds a new request is made. The json result is parsed via the ArduinoJson class.
It than updates the watt usage on the bigger 7segment and than on the 4 smaller one using the LedControl class.

[Update 2015-10]
The lua script now holds a function getData, that is fired upon receiving “getData()” as a string as input.
The command is now pointing to the 7segment route on my symfony2 Housedb project.

Ideas for the panel

I got some ideas to laser cut a nice panel out of plastic, my first drawing looks like this
Drawn in tinkercad https://www.tinkercad.com/things/j3swRbZ4hiz-seven-segment-surrounding [Update 2015-09]
I got the panel lasercut by laserbeest.nl, now waiting for some small 7segment displays to implement in the bottom parts [Update 2015-10]
After installing the panel and connecting the smaller seven segment displays it now looks like this:

Implement 4 small 7segment displays in the bottom, they will show

[Update 2015-10]
The 4 smaller 7segments are installed and depicting the following numbers: