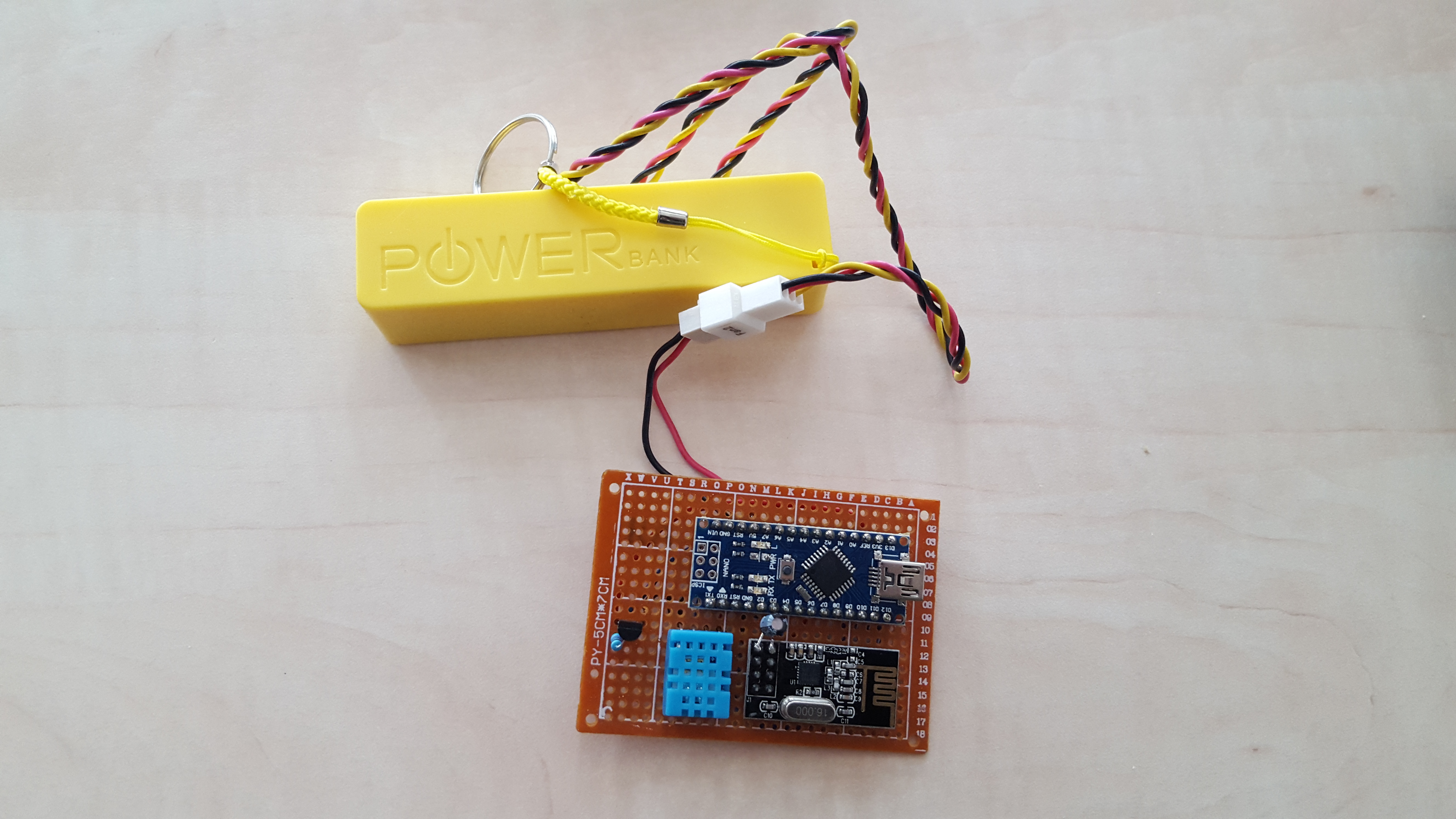 It is a very easy way to measure the temperature outside of my apartment. The protoboard is placed in a tupperware style box to protect against the rain and placed in the shadow part of my balcony. Most of the projects I use a Arduino Pro Mini, but for this one a Arduino Nano was used.
Note: I forgot to draw in the resistor for the ds18b20

All the code can be found on my github: https://github.com/timdows/AMD/tree/master/OutsideTemperature

OutsideTemperature.ino sets up the MySensor, DHTClass and Dallas objects.
At the setup all these objects’ Init methods are called and the gateways is forced to take the gateway as its parent in the begin method.
The getBatteryVoltage function is able to get an impression of the current battery status, as it is accurate to around 10%. This value is than divided by 50 (batteryVoltage * 100 / 5000) where I still have to measure maximum voltage when the battery pack is fully charged. The result is than send to the gateway via sendBatteryLevel.
In order to save the battery, gw.sleep is called with an interval of 5 minutes. This puts the radio and Arduino (in PowerDownMode) in sleep and wakes up on the timer interrupt.

The Dallas class reads the onewire pin with one or more sensors connected to it. This is done by the DallasTemperature and OneWire objects.
In order to create the objects oneWire and sensors without calling the constructor, I have created an empty constructor for those classes as it did not exist.

The DHTClass class reads the current values of its DHT11 sensor, this value is then send back via the mySensorGatweway.

35 thoughts on “Outside temperature”