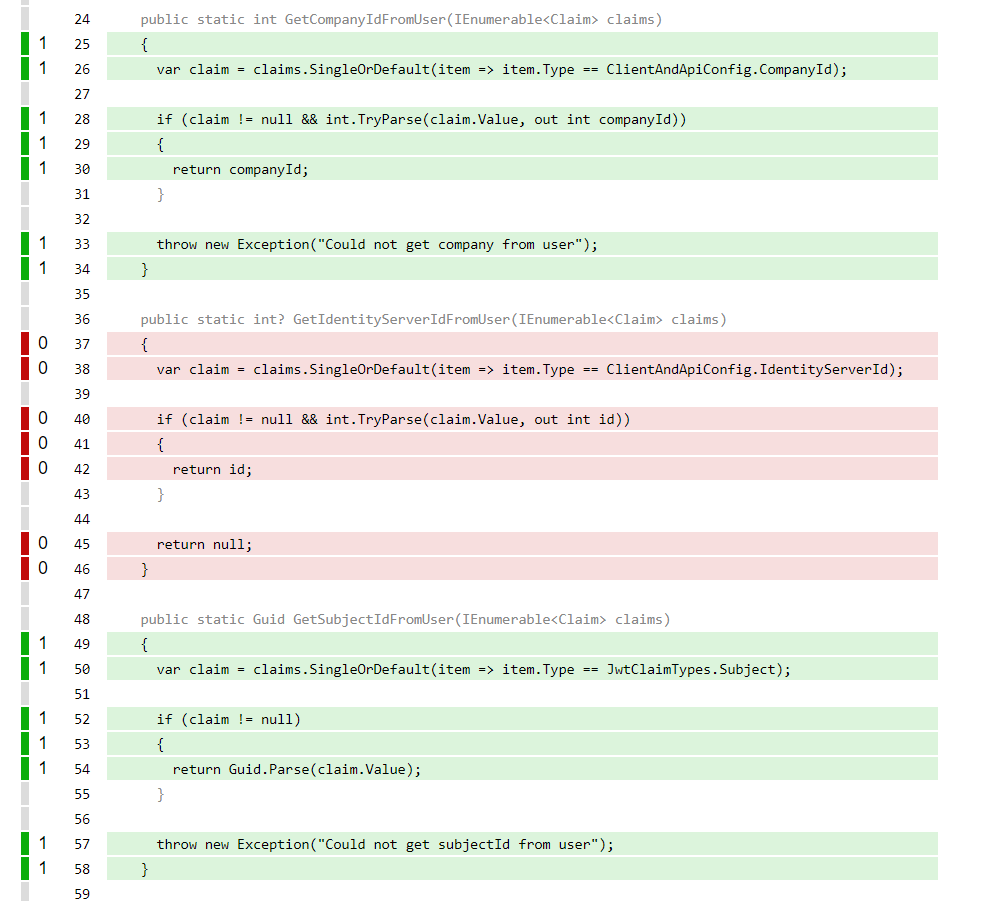 Code coverage, it is this magical number that will never hit 100% for a larger project, but near 100% should be doable right?

One of my projects is setup using the Clean Architecture and has a separate front end and back end test project.

For this article I will focus on the back end, written in C# with ASP.NET Core 3.1 using Xunit and FluentAssertions.

Writing tests like above is straightforward, but a mistake is easaly made.
What mistake you ask?
Well, the one of missing a test implementation of one of the helper methods in my helper class.

As you can see, they have some good naming, but those might look a lot like each other, e.g.:

They all start with Get and end with IdFromUser.
In my test class I implement them from top to bottom, like in the example image above in this post

And there it is, the sneaky mistake, the tests for GetIdentityServerIdFromUser are missing.

Some options to identify are widely available

But all of them at the moment of writing didn’t show me in a simple way that I was missing to test on of my helper methods.

I based my solution on a blog post on medium from Krishna Mohan: https://medium.com/swlh/generating-code-coverage-reports-in-dotnet-core-bb0c8cca66
It uses the following steps:

Automate this report as far as possible

I created a powershell script that does exactely this.

How to use it

Some tweaking needs to be done as I will not test migrations with almost 100k lines of code, but is shows that for my core project, I am only just above a quarter, that needs to be improved!