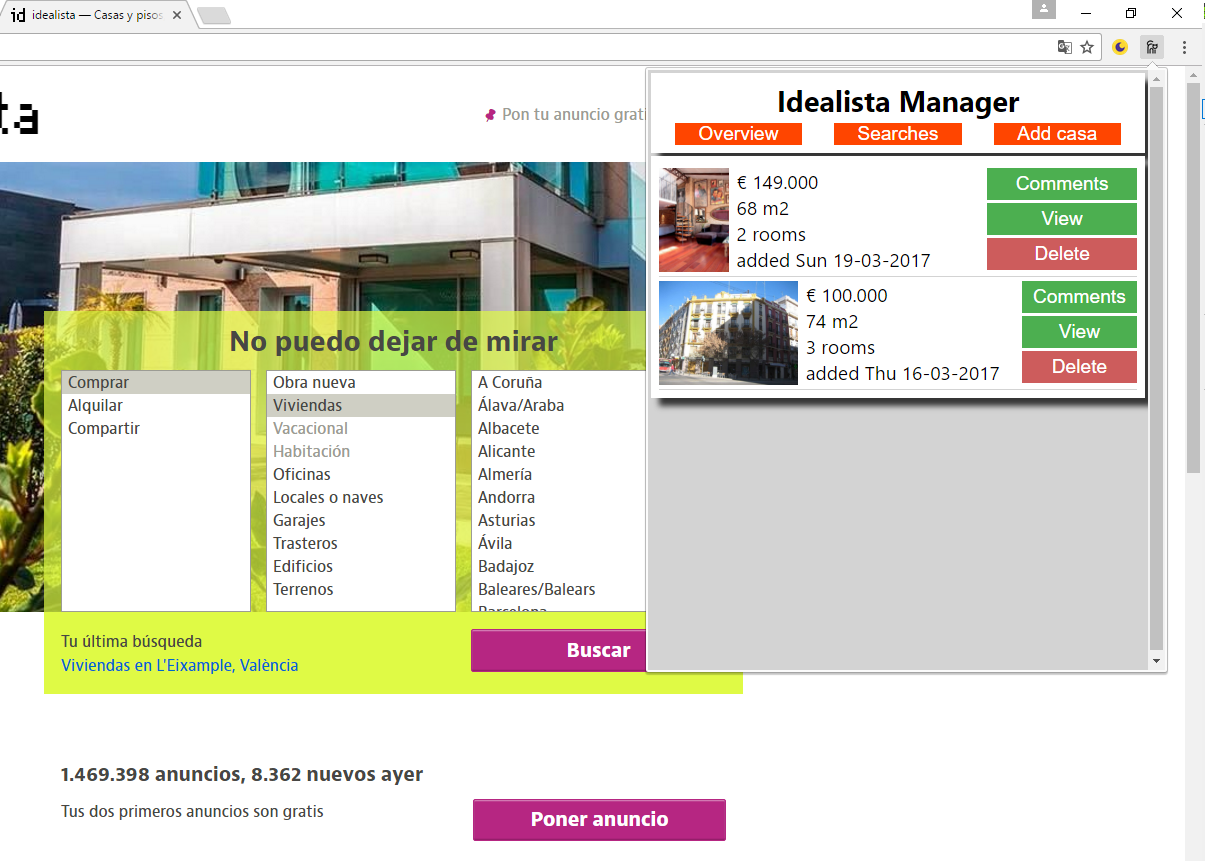 This project, called IdealistaManager, is a private project, used to search houses in Spain.

The backend is a simple mysql database is accessible via a .NET Core WebAPI project. It is being served by Apache via a PHP proxy, I described that in another blogpost I made.
The frontend is a Google Chrome app, it is created in Angular and has a content script to scrape the visited page.

It is basically a bookmarking app that is able to scrape some information from the webpage as well. It offers three tabs in the app, an overview, searches and an option to add a house (casa).
The add a house option uses the content script to get some information and gets all the images urls. The WebAPI then downloads all the images when the house is added. This is done in order to view the images on a later time while the house might be off the market.

Once the Angular application works, it can be build for production. The angular-cli can take care of this:

Next, zip the contents and upload it to the developer dashboard

Next, as this is a private project and I only want a couple of people to use this, I changed the visibility of the app.
On the developer dashboard I specified some accounts that may use this app.

After the publishing is done, it can be found in the chrome web store.

Again, the angular-cli build has to be zipped in order to upload to the developer dashboard